Let's go back a couple of months: In late 2016 I advised two of my customers, who just started transitioning to Windows 10, to get an early start with Windows as a Service. First of all, Windows as a Service, as demo-ed at Ignite, works fantastic – as long as you don't have any language packs installed.

During initial on site testing I ran into the following error message: C1900204, "MigChoice: Selected install choice is not available.".

Running the setup.exe manually showed that the upgrade option is greyed out. 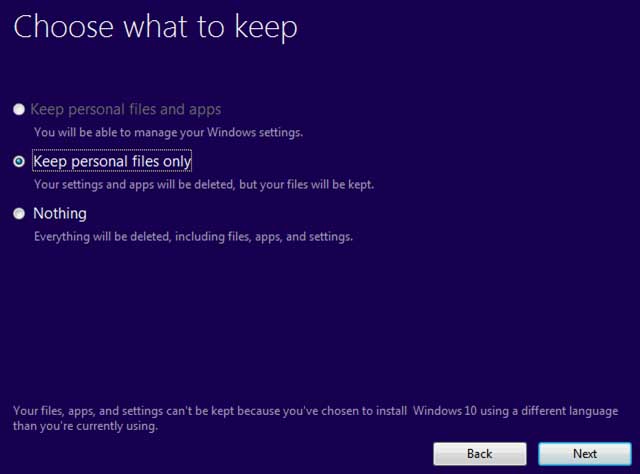 Digging into the setupact.log I found following two lines:

It appears that when you apply a language pack as well as regional settings before operating system is fully online, your target language becomes your default language. 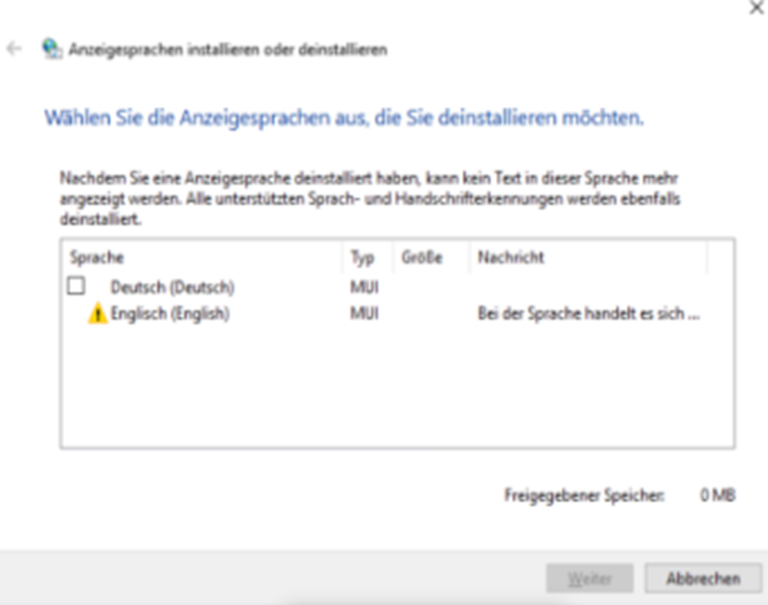 This has following implication:

Note: In SCCM I’ve noticed that if you try to update an English image with a German language pack via Servicing feature, it will download and install German upgrade package.

Even Microsoft IT is using language specific releases for their upgrade sequence:

"To support five languages, Microsoft IT had to create 10 packages for doing the deployment on x86 and x64 devices. Microsoft IT chose not to pre-cache all 10 packages on the devices, and instead focused on pre-caching just the English US 64 bit, because that represented the largest population of users."

So, the described behavior is „by design“. Injecting a language pack while layering down an image and setting UILanguage property in Unattend.xml will effectively localize your Windows installation. In my case, this approach was a no-go due to the amount of data (~15 Windows 10 images) required to service all possible upgrade scenarios. So I came up with the following workaround: the main culprit appears to be the UILanguage setting in CustomSettings.ini / Unattend.xml. Setting this variable to the DVD language (in my case en-US) and injecting language packs during the offline phase results in the desired behavior.

Now, obviously there are some drawbacks:

Note: This approach with MDT, SCCM or any other deployment solution you are using.

Also, if you are already in the process of deploying Windows 10 and need to change the system language in order to use English update media, there is a simple workaround:

How to do this in MDT:

Note: Make sure that the temp folder exists prior to running the SetMuiSettings.ps1 script. Additionally, if your base image is not a US media, you will need to adjust all occurencies of the en-US value to match your install.wim. Additionally, depending on your implementation you may need to modify %DeployRoot%\Scripts\ZTIGather.xml. Locate UILanguage property definition and replace overwrite="false" with overwrite="true":

More in this category: Add .NET Framework Offline Using MDT »
back to top